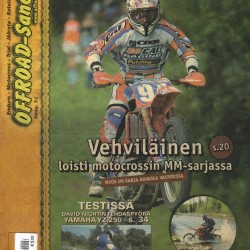 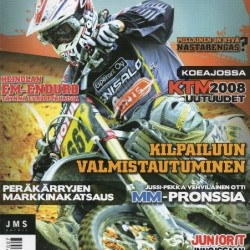 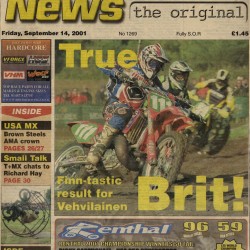 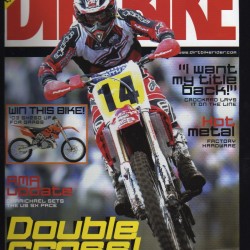 Jussi Vehvilainen is one of the most successful motocross racers from Finland since the great World Champion Pekka Vehkonen. He started racing MXGP’s in the late 90’s and his big break came in 2001 when he was signed by Team CAS Honda, then the HRC Factory Honda team, finishing the season on 8th place overall finish in 250cc World Championship.
During his career Jussi has stood on the GP podium with legends such as Stefan Everts, Antonio Cairoli and Chad Reed. He was also selected to be on Team Finland for the MXoN 8 times and in 2002 & 2003 the Team finished on the podium in 3rd place. After a 10 year MXGP career Jussi raced his final season in 2007 to a 3rd place overall finish in the MX3 World Championship and to Finnish MX1 Title.

Since retiring he has spent his time training up and coming riders of all levels, putting on countless training camps per year around the World. Jussi is also a frequent fixture in the pro-MX scene as still working with current top riders from Finland. He has also been the Team Manager for Team Finland at the MXoN for the 10 years since he retired.

In 2009 he expanded his business to USA as began to organize Motocross ride trips in California.